The Our Oceans Conference, held this year in Malta, is a truly global event; Attended by heads of State, fishing Ministers, world-renowned scientists and, this year, SafetyNet Technologies. We were fortunate enough to be invited to exhibit our work and join the plenary sessions to hear presentations by HRH Prince Charles, Dr Sylvia Earle and Ibu Susi Pudjiastuti, among many others. 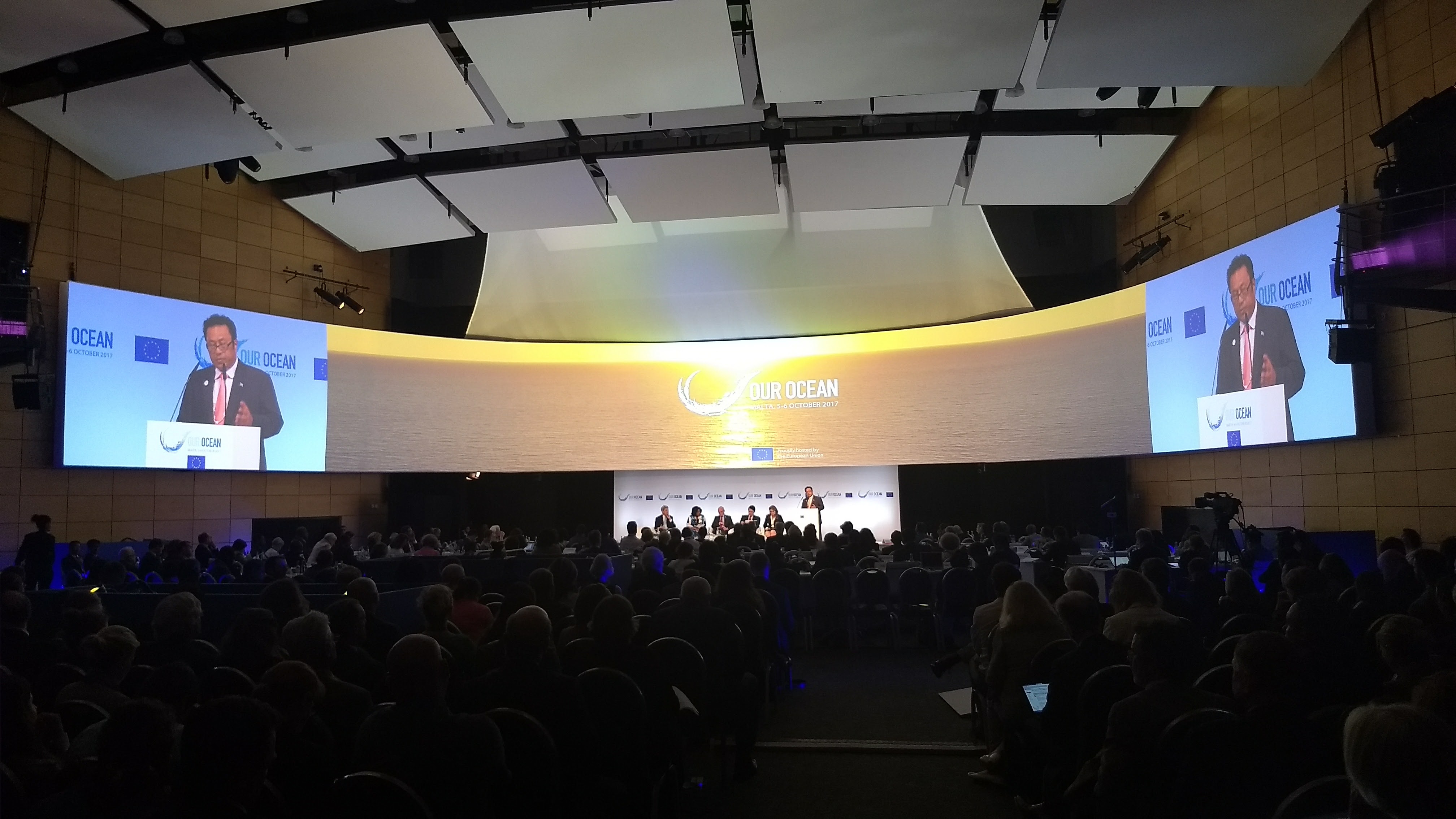 The production values for the conference certainly matched the investment that had gone into getting such a high-profile group of speakers and attendees together. The stage was a giant immersive video screen that made the audience feel like we were underwater throughout the whole, 2-day plenary session (video below).

But while a huge amount of interest focused on the high-level policy talks and commitments from attending countries’ delegates, there was also space to see some of the excellent technological development that’s going on in the ocean space and get excited about future collaborations. We met a Norwegian start-up called Blueye Robotics, who have built the underwater Pioneer drone (pictured below) that can submerge to 150m and transmit video in realtime. The imagery they showed us was beautiful, and illustrated some of the phenomenal hardware development going on with consumers in mind. 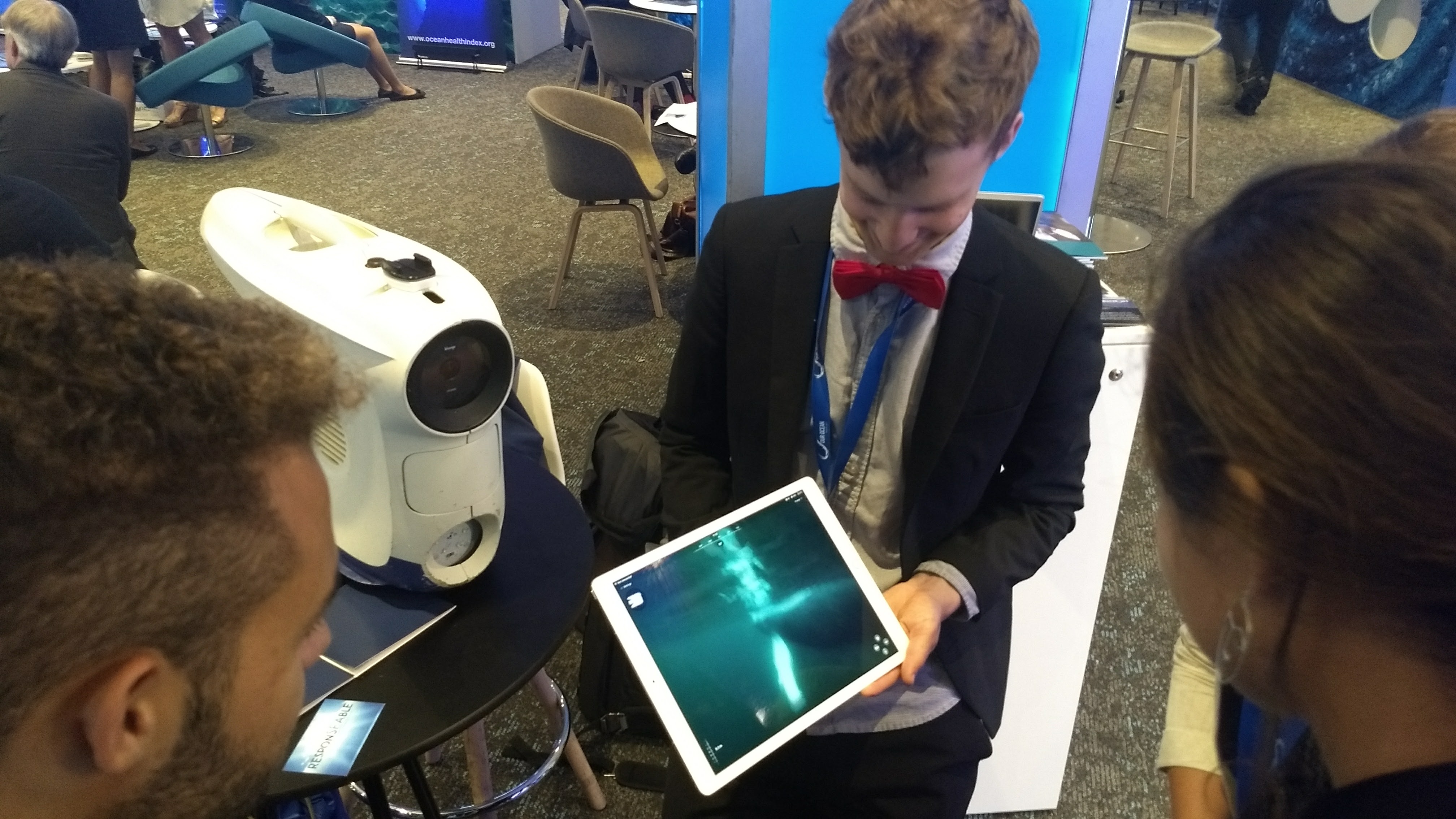 At the other end of the technology spectrum was a brilliantly simple idea for a new origami coffee cup, which folds up and totally does away with the plastic lid. Honestly, we can see them being used in the next couple of years as they make so much sense and have a bunch of additional benefits over traditional disposable cups. Plus, Tom Chan from TrioCup (pictured with their patented winning design below) was totally awesome. We also ran into IDE-alumnus Pierre-Yves Paslier (also awesome), Co-Founder of Ooho Water, who had also been successful in the New Plastics Economy competition from Ellen MacArthur Foundation. Congrats to both! 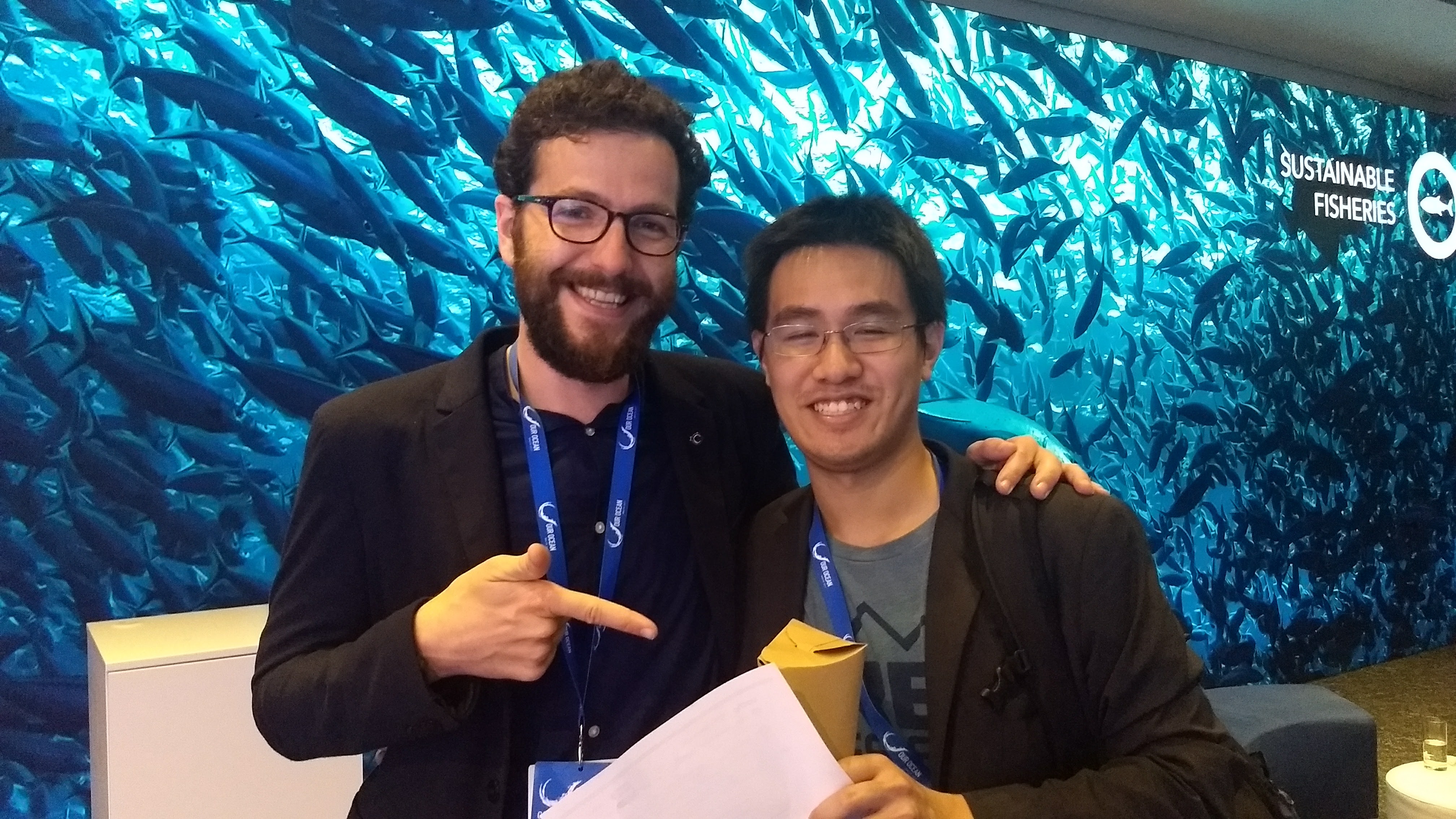 Dan had the chance to speak on a panel at the Sustainable Oceans Alliance’s Youth Summit, held at the University of Malta. After the event, the students visited the Conference and we had some really great discussions with future ocean leaders (watch this space!). It was also great to catch up with Michael Shen from the Schmidt Marine Technology Partners, who helped organise the Youth Summit. 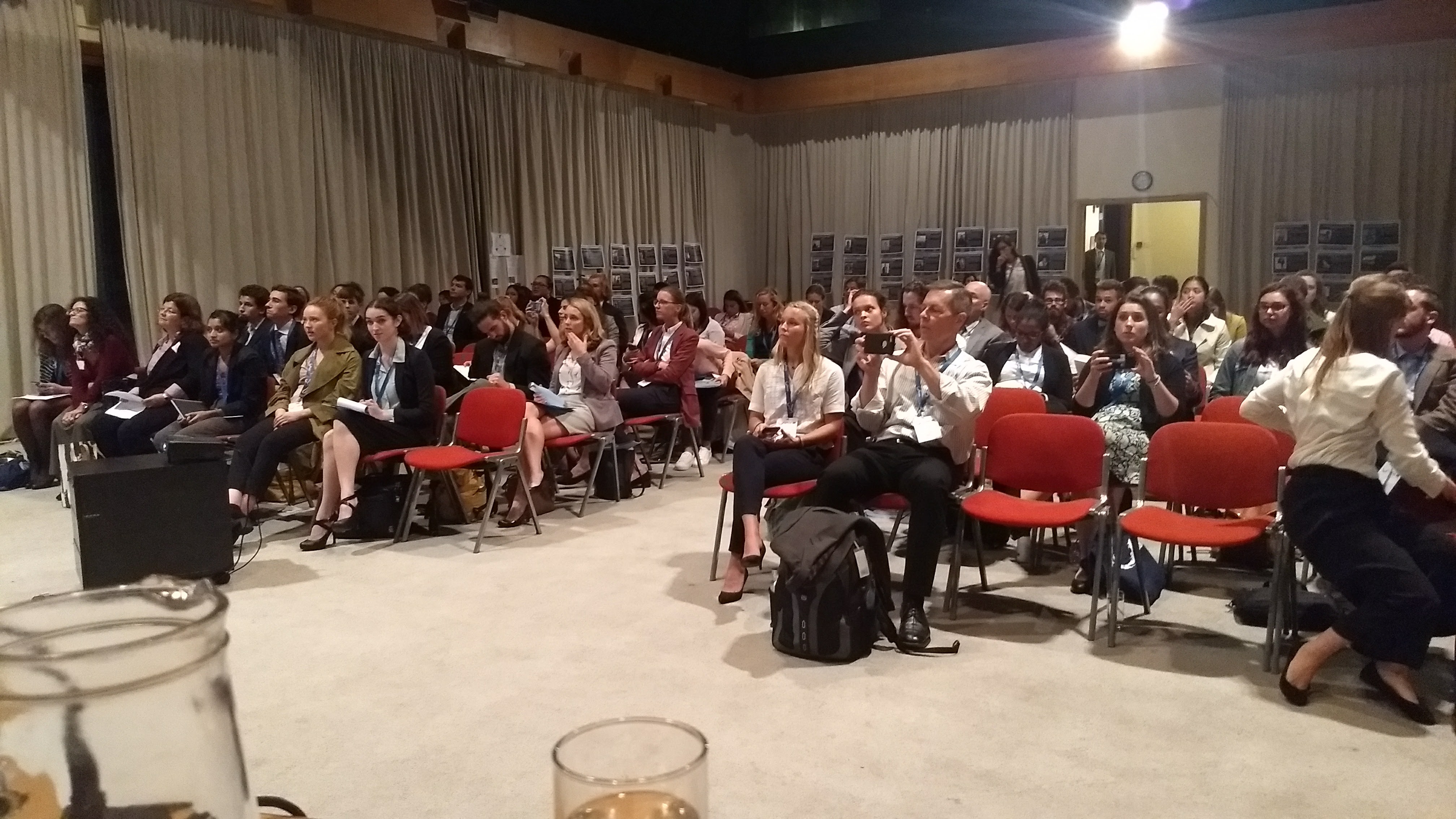 In conclusion, it was extremely exciting to be invited to be part of such a high-level event, and we’re looking forward to seeing the various countries fulfilling their commitments. Time will tell just how possible it will be to achieve the ambitious goals set, but we’ll be doing our part to help reach them and are super-motivated to get started with our Pisces trials early next year!

This week we spoke to Dan, our CEO. He told us how his role has…

Larissa, our Project Manager, tells us about what it means to work in a multi-disciplinary…