Fishing communities have known for hundreds of years that the behaviour of fish and other aquatic creatures varies in response to light. But what does this mean for the future of the commercial fishing industry? 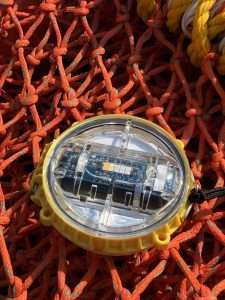 Since the discovery of fire, humans have been using light to interact with marine life. Early fishermen understood that certain species of fish were attracted to light, and used beach fires to lure fish to shore, catching them with spears and in baskets. This technique is still in use in some remote fishing communities and has evolved into many related fishing techniques, from early Hawaiian fishermen who used hand-held fire torches to attract or stun fish, clubbing or spearing their catch with a bow-and-arrow, to Dutch fishermen in the fifteenth century who used ‘fire baskets’ to fish for herring in offshore vessels (Ben Yami, 1976).

More recent research has shown how the behaviour of aquatic species varies according to species and particular intensity or hue of light emitted. A study conducted in Malaysia by Ibrahim & Hajismae in1999 proved the “positive phototactic behaviour”, or positive response to different intensities of artificial light, from two species of Squid: Sepioteuthis lessoniana and Loligo chinensis. The exciting conclusions of studies like this one have paved the way forward for the development of selective harvesting techniques across the wider fishing industry, and demonstrate that the more scientists are able to understand about fish behaviour in response to light, the more we may be able to harness these insights to fish more selectively across species on a commercial scale.

So why do fish and other marine species respond to light in this way? Scientists hypothesise that the visual systems fish use for survival are key (Nguyen and Winger 2019). Fish use their vision to spot prey or avoid predators, since a high degree of awareness of their habitat is crucial in order for them to thrive in a marine environment. This may go some way towards explaining why many species respond to artificial light, but there remains more research to be done to fully understand the reasons for aquatic species’ various reactions to light. 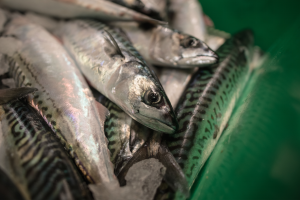 The Future’s Bright for Fishing

What we do know is that nowadays, more and more crews around the world are successfully employing illuminated devices on commercial fishing vessels, attaching lights to fixed and mobile gear types at a variety of depths to capture a whole host of target marine species, and repel those they don’t want. The use of light-emitting devices attached to nets is leading to significant reductions in bycatch: in some cases, up to a 90% reduction can be seen. But this isn’t the only benefit. Fishing crews are now able to avoid the fines often incurred by catching and landing the wrong fish, reduce sorting time, save energy and reduce time at sea. Net lights also have major implications for safeguarding the future of fishing, since selective fishing with light has immense potential for improving sustainability within the commercial fishing industry, and ensuring plentiful fish stocks – and livelihoods – for generations to come.

SafetyNet Technologies (SNTech) develops and scales trusted and valued solutions to enable sustainable practices in the fishing industry, and to improve the livelihoods of fishing crews worldwide. Our product, Pisces, is a bycatch reduction device that uses light to increase target catch and reduce bycatch by up to 90%.

Want to know how Pisces can work for your business? Contact our customer success team: enquiries@sntech.co.uk.

“Pisces really benefits the bottom line of a fishing operation”

Aran Dasan, Chief Technology Officer at SafetyNet Technologies, shares his hopes for the future of…